_To have eternity, and want less than everything, is the most perfect failure of spirit. _

PARIS – Dr. Alexis Carrel, scientist, surgeon, and leader, has died. […] famed for his work in vascular suturing techniques, for which he was awarded the Nobel Prize in 1912 […] groundbreaking achievements in mechanical perfusion […] incalculable service to the French State, as one of its most respected social and scientific thinkers […] deeply spiritual […] recipient of the Legion of Honor […] honorary doctorates from Queen’s University of Belfast, Princeton, California, New York, Brown and Columbia […] the Marshal is quoted as saying, “A true giant has left us.”

Carrel has been taken to his family home in Lyon to be buried in a private ceremony.

[…] Fifty years after being awarded the Nobel Prize in Medicine, historians and the public are confronted by a deeply contradictory figure. A man whose life’s work at once advanced the cause of medicine […] titillated the idly rich with far-flung and now-discredited theories of immortality. […] distanced himself from the religion of his youth […] account of an unexplained healing at the miracle springs of Lourdes left him a pariah in his home academies […] admitted no visitors, not even his wife, in his final days, except for the evening counsel of a Trappist monk […] work responsible for countless saved and bettered lives […] calmly advocated the coldest and most comprehensive eugenics programs outside the Third Reich itself.

Time wonders: who was Alexis Carrel?

A Deathbed in Paris

For the first time in three nights the fever is broken. He sits up, moonlight spilling in from the window, and looks out on the city. There’s a knock on the door – perfunctory, as is the fact that the door is closed at all – and the holy man enters, in his white robe and black smock.

Alexis doesn’t look back at him. “I think, my friend, that tonight is the night I’m going to die.”

Though Alexis can’t see it, the holy man nods. Tonight is the first night he has come without wine to share – wine he refuses to partake of himself, though Alexis thinks it causes him great pain to do so. He’s right. The monk takes his usual seat on a stool by the bedside.

“I’ve decided,” says Alexis. “I want you to perform the last rites. Let me die a Christian man.”

With relief Alexis leans back, his eyes closed. The moonlight washes the lines from his face. He looks newborn. “I suppose I should make a confession.”

The monk’s voice is thin, but not weak. “Have you anything to confess?”

Alexis does. “We don’t talk much about my work, do we? But tonight I find it is my every waking thought. It’s not home, or family. Not nation or God. It’s chickens.”

“In theory there’s nothing inherently forcing cells to die. They can just keep dividing, given nutrients and safe conditions. I kept a culture of chicken cells alive for years this way, longer than any natural chicken lifespan. That was what everyone wanted to talk about, in New York. That was what brought the journalists, got me invited to parties. It was fashionable to say that I was laying the foundations for immortality.”

The monk suppresses a smile. “And you wish to confess guilt for leading them on, to keep their attention?”

“No,” says Alexis. “My confession is that I wish so much that they had been right. It’s grotesque, I know, and ungodly. But I lay here in a body whose fire is almost out, and I look back on my life and the only thing I can think is that I could have done so much more. I could have been so much more. I suppose every man has these thoughts, when he has the luxury of a leisurely death. But I lay here, preparing to go to God, and I realize that my heart is still in that stoppered flask, with the thing that lived but shouldn’t. That is my confession.”

“Of course. I judge you repentant. Ego te absolvo, Doctor.”

“Then you judge me falsely, brother. I… cannot repent. I refuse to accept that- I refuse! I need more. I am owed more. I will not accept this. In my heart I cannot. To claim otherwise would only darken my soul further. I do not repent.”

Alexis’s voice grows faint. “What’s to become of me, brother? The culmination of my life’s work? Is this my fate? Death and damnation?”

The monk reaches into his habit, extracting a slim black volume, its place marked with a band of crimson silk. There is no title on the spine, and the only mark that adorns its cover is a plain gilt symbol: the wide flared head and crossguard of a spear. 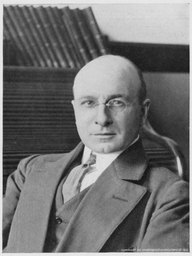